In this week’s video blog, learn about the uses of electronic medical records and electronic health records in health care practices, along with the key differences between the two and the convenience and security benefits that each offers. 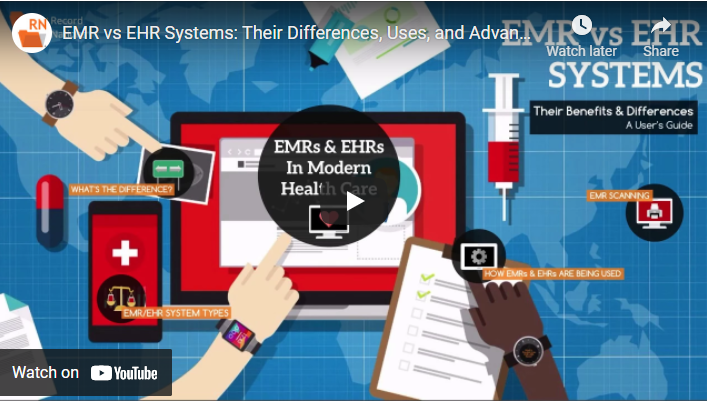 In health care, the times are a-changin’.

In the past several years the US health care system has been undergoing serious changes—one of them being a transition to electronic medical records and electronic health records (EMRs & EHRs).

Besides boosting efficiency and cutting costs, recent laws mandate the “meaningful use” of EMRs & EHRs, further spurring the growth of the new technologies.

The American Recovery and Reinvestment Act (ARRA) required all healthcare providers and professionals to adopt and demonstrate “meaningful use” of EMRs by the start of 2014 to keep their existing Medicaid and Medicare reimbursement amounts.

As defined by HealthIT.gov, “Meaningful use” of electronic health records (EHR), includes using digital medical and health records to achieve the following: 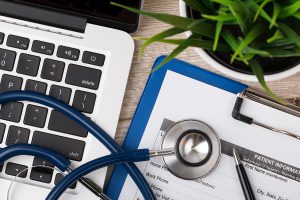 Although the terms EMR & EHR are used interchangeably, there are actually distinct differences between the two.

An electronic medical record (EMR) is a digital version of a patient’s chart from an individual practice.

An EMR is made up of a patient’s medical history & diagnoses or treatments by a particular physician, specialist, nurse practitioner, surgeon or other provider.

Electronic health records (EHRs) are digital versions of records as well, but they are a more comprehensive overview of a patient’s medical history.

EHRs are made to be shared with other medical providers, meaning authorized users can instantly access their EHR when patients visit different health care providers. How EMRs & EHRs Are Being Used

Since their adoption, EMRs and EHRs have shown their many benefits and simplifications for tracking patient care.

The use of EMRs and EHRs in health care today is helping to improve its efficiency and reduce the cost of modern medicine.

In 2004, only 21% of office physicians had adopted some form of an EHR system.

EMRs and EHRs in Action

There are two primary options for EHR systems.

Ready to Transition to an EMR & EHR System?

Get started using EMR and EHR software and scanning services with Record Nations and our nationwide network of experienced providers.