It’s no secret that wifi has changed the way many companies are able to do business, but wifi security is something that should be more of a focus. Wifi is by no means a new technology. However, the pandemic has had many corporations reevaluating the secure nature of public and private networks. While most networks offer a variety of security measures, it’s still incumbent on individuals to do their due diligence before accessing sensitive files. This is especially true when using cloud, or other document management systems.

We spoke to CTO and network specialist Duane Laflotte of Pulsar Security about the current state and future of wifi security. Duane has well over 20 years as a tech professional and has several prestigious security certifications to his name. “Wifi is at the cornerstone of what we do, so I’m glad you reached out” he says. Below is our video interview with Duane, and it’s one of our most informative interviews to date.

How Secure are Public Wifi Networks? 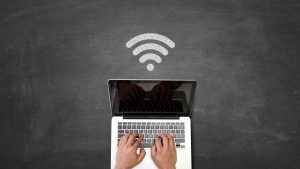 One of the questions we asked was “should public wifi networks be avoided altogether?” Duane doesn’t think so. He says that there are a number of things we can do to protect ourselves, and most of them come down to “good wifi hygiene”.

Knowing what you’re looking for, and being cautious are the first steps. “Does the SSL certificate look correct? Is there an SSL certificate? Is the URL correct? Does the page look like it did the last time you logged in?” These are just a few of the questions we should be asking ourselves every time we log into a public network.

Coffee shops, hotels, and shared office spaces do a decent job of providing a base layer of security. Ultimately it comes down to educating yourself and your employees about what they should be looking for, and what to avoid. Anytime anything looks suspicious, it’s probably best to avoid using that network or device.

How Wifi Security Breaches Can Happen 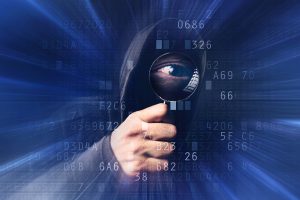 Duane says that although it’s possible to breach wifi networks with a certain set of skills, he’s more concerned about people’s devices being hacked while on these networks. “One of the most simple solutions to avoid being hacked, is making sure your device is patched” Duane says. “We had one client, where we were able to infiltrate their network for over a year and a half. Simply because one of the employees hadn’t patched their device.”

Duane also says that while most networks or secure connections are encrypted, there are ways around that too. “You may be saying that when you contact your bank or other institutions, all of that communication is encrypted.” While that may be true, Duane gives an example of a company who didn’t realize that the ad traffic coming through on those communications was not encrypted. 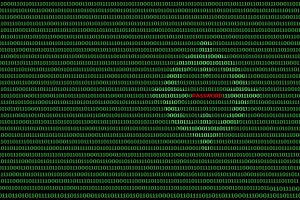 “We simply wrote a few lines of code that corrupted the user’s browser heap through the java script running on some of these ads. From there we were able to write a command telling the computer to back everything up to a shared drive that we had access to. After that, we could literally spin up the user’s computer as if we were sitting at the desktop.”

Some other methods hackers employ are “man in the middle attacks” or putting up fake login pages to steal your credentials. Duane says that in the right hands, even multi-factor authentication keys can be stolen with minimal effort. “Maybe you weren’t as close to the coffee shop as you thought you were, and I put up one of these fake login pages. You submit your two-factor authentication and it sends it to your device. I steal that handshake and enter it in the backend…and you’re none the wiser.” 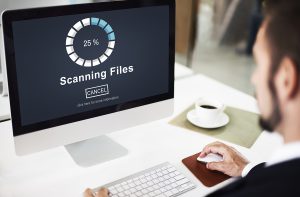 Many security measures are things that may seem obvious. Duane says that education and basic online awareness can be key to preventing a breach. Things like recognizing valid SSL certificates and even virus protection are crucial. “This may be unpopular in the cybersecurity community, but Microsoft Defender is one of the best detection services out there”. He goes on to say “we write a lot of malicious code to breach wifi. The one that stops us most often is Microsoft Defender. It’s also free, so why not turn it on?”

Other steps like patching your device, and not allowing your device to auto-connect to frequently used networks can also be helpful. “It’s interesting the things we trust”. Some people may tell their devices to just automatically trust a coffee shop network that they frequently use, but just adding that simple step of logging in each time can prevent a breach at the most basic level. 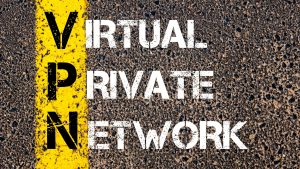 Many experts also recommend VPN’s (virtual private networks) for added wifi security. Duane says that VPN’s are pretty good at preventing some of the most common issues over wifi. It also depends which service you’re using. “Not all VPN providers offer the same level of protection. So it’s important to make sure you’re using a reputable one.” It’s also important to understand the basics. VPN’s are great at masking your outgoing traffic, but many aren’t designed to protect incoming traffic. He again mentions the ad traffic they were able to corrupt through incoming ads on a specific machine.

Many people also believe that lengthy passwords are the golden standard when it comes to security. Duane elaborates “to bruteforce a 30 character password would take forever, but if you’re using words that have ever been used in a password online ever, it’s a matter of seconds”. Duane says that his company has a “crack cluster” that is over a terabyte in size. He mentions “whether it’s the lyrics to a song or ILoveMyWife!!!, they’ve all been used.” It’s best to use a randomly generated set of characters.

Record Nations partners with some of the most state of the art cloud and document management services available. Cybersecurity is at the forefront of these technologies, and our partners meet or exceed the highest industry standards. Whether you’re looking to physically store existing documents in a secure facility, or make the transition to the cloud. We can put you in touch with the best service to match your specific needs. Start the process by filling out the form, using the live chat button, or giving us a call at (866) 385-3706. Our skilled staff members will connect you with the leading service providers in your area.