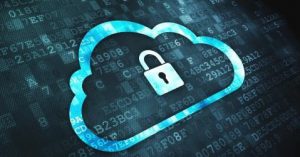 Cloud storage services have been around for a while, but over the past few years they have been becoming a more popular solution to ensure that your data is safe and sound. It is still important to always have a local backup in addition to backing up your data online, and using both can be a lifesaver in many situations.

One of the other bigger advantages of online cloud storage is that many of them allow you to sync data across multiple devices such as your mobile phone, tablet, laptop, and your desktop PC. Cloud storage is something that everyone should consider just to be safe, and these services are extremely affordable and for the most part they are extremely reliable. There are so many out there for you to choose from these days, but years ago this was not an option many people considered even though the idea was conceived many years ago.

Joseph Carl Robnett Licklider was a computer scientist that passed away in 1990, and he is considered by many people to be one of the most important figures in computing history even though many of you may have never heard his name until now. He is mainly remembered for being one of the first people to visualize the modern and interactive style of  computing. He was a pioneer when it comes to the internet that we know today and he is also considered the inventor of cloud based computing and online storage. One of his earliest ideas was a world wide computer network, which as you all know, we have now and it just keeps getting better.

Joseph Licklider did a lot to initiate the ARPANET, which is the predecessor of the modern day internet. Many people in the computer world consider him the Johnny Appleseed of computing because he helped plant the seeds of modern digital computing. The founder of the Xerox Computer Science has stated that many of the major advancements in modern computer technology were based off of Lickliders visions.

There is biography all about the man that we all have to thank for the internet that we know today, and because of his technological visions we have a lot of great ways to use our computers, including online backup storage solutions so we know that all of our data will be protected no matter what. The story of Mr Licklider is a log one, and that is exactly why there is the biography about him, and without his work in the field of computer science we may not have the advanced technology that is used all over the globe today.

Here are a few more links where you can learn a lot more about one of the most important people in computer science history: