Major Data Breaches in 2016 You Need to Know About

Your business might fall victim to a data breach if the right precautions are not taken. Even huge corporations have fallen victim to major data breaches in 2016 such as Yahoo, Myspace, LinkedIn, and countless Medical/Healthcare companies. In 2016 alone, over 1 billion account credentials were exposed on the internet. 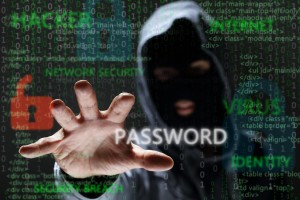 This is a scary time for businesses and individuals; hackers are getting smarter and your private information could be at stake without you even knowing it. Yahoo has been in the news since 2015 about its data breach, but they recently confirmed even more people’s information were at stake. A major problem is Yahoo may have known about this information as early as August, but they didn’t coordinate with law enforcement right away – endangering thousands of users’ private information.

As stated by the NY Times, “The “Paranoids,” the internal name for Yahoo’s security team, often clashed with other parts of the business over security costs. And their requests were often overridden because of concerns that the inconvenience of added protection would make people stop using the company’s products.” Yahoo was more focused on improving their services than making sure the company’s product was safe and secure for their users.

Companies are supposed to promptly notify customers when their data has been compromised, but this creates many PR issues and looks bad on the company: lawsuits can be filed, customers may turn away, reputations destroyed, and stocks may decrease. Data Breaches hit companies and their customers hard, and 2016 shows this problem is only getting worse.

How it happened: The company believes a “state-sponsored” actor was behind the attack, although the identity of the attacker has not been found.

How it happened: No one has yet been identified as the attacker. Anthem is the second-largest health insurer in the US.

Who was affected: 78,800,000 current and former members and employees

Penalties, PR issues, and General Problems: Details of the cyber attack has remained mostly in the dark.

How it happened: It is unclear when the data was stolen, as Myspace was unaware they had been hacked. The same hacker who was selling stolen LinkedIn users data, who’s known as Peace, claims to have 360 million emails and passwords. The hacker is trying to sell the Myspace passwords for $2,800.

How it happened: A laptop and portable hard drives were stolen from the Office of Child Support Enforcement in Washington, filled with personal information. According to police, the intruders used a copy of a building key that was kept from a former employee.

Who was affected: 5 million vulnerable children and family’s records

How it happened: Chris Vickery, a computer security researcher, uncovered a database that is exposed on the internet due to an incorrectly configured database. The identity of the hacker has not yet been found.

What Can We Learn from Data Breaches? 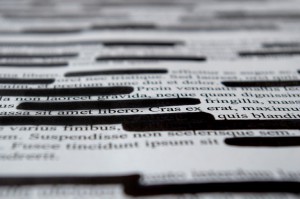 Since we know how common data breaches are it is important to take steps to protect yourself. To keep the privacy of your files safe, you should stay on top of your document management system. Using a Secure Document Redaction service can help you limit the visibility of any document with specific information that is not suitable for all eyes.

Redaction is the process of removing all text and images from a private document. It is used by governments and businesses to help protect the privacy of their customers, patients, and community. This way industries, such as the health industry, can limit those who can access patient’s social security numbers to the very few. This helps remove private information from confidential files that might be used for identity theft.

Companies can redact most private information, but still include these items:

On top of this, it is always important to make sure you are making your passwords as difficult as possible. Check out our article, Top Password Manager Tools of 2016, to help you start protecting your passwords today.

Record Nations works with the top redaction services throughout the country. We partner with the best companies in your area to allow our clients to get top-notch service and be guaranteed the best results. Let us help you find the best fit for your redaction needs quickly and easily.

To get started, fill out the form to the right or give us a call at (866) 385-3706.  Within minutes of receiving your request, you will have free quotes from experts in your area that can help you find the right redaction services for your specific needs.